Loyalty credits accumulated during 01/01/20 - 03/31/20 are eligible for cash back on purchases made during 04/01/20 - 04/30/20; these credits must be used by 04/30/20 or they will expire. Credits earned on purchases during 04/01/20 - 04/30/20 will not be available for use until the next loyalty redemption period. Only web account holders who live in the USA and do not have special pricing or other contractual agreements with us are eligible for Tundra's Loyalty Program. Learn more at www.etundra.com/loyalty-program/

Coronavirus update: An update from our General Manager Keith Kelly. Read on to see how we’re here to support you.
Filter your Search

When you're looking for that second pair of hands, look no further than a commercial food processor. These (relatively) small pieces of restaurant equipment pack a powerful punch, literally shredding your prep time from several hours down to just minutes. Whether you're shredding potatoes for breakfast hash browns, slicing tomatoes for burgers or churning out freshly-made pizza dough, your commercial food processor is up to the task. And while the time savings is an obvious benefit to food processors, consider this: consistent, equal portions of food means you're better able to control portions which means you'll save that much more in your food costs. At Tundra Restaurant Supply, we sell commercial food processors from the industry's leading brands like Robot Coupe, Waring, Sammic and more!

Don't be fooled into thinking that just because you have a blender you don't need a food processor. Though blenders are great for emulsifying liquids, they're not recommended for blending dry ingredients. That's because blenders feature a narrow, vertical container whereas a food processor is wider, creating a larger surface area for the blade to do more work. Plus, bakers prefer using food processors when it comes to making pie or pastry dough because there isn't as much air incorporated into the dough.

Of course, why choose? Pick yourself up a combination unit and you'll get the best of both worlds.

When it comes to commercial food processors, it's all about the accessories. Food processors often come with a variety of interchangeable discs to switch between tasks like dicing, slicing, shredding and more. These discs are easy and quick to switch out, and save you hours of prep time when it comes to dicing vegetables for your pico de gallo, or slicing tomatoes for your sandwiches. Plus, tired of grating cheese for hours? There's a disc for that too. Some units even feature French fry and Waffle fry discs so you can quickly prepare your own house made French fries.

If you anticipate dabbling in house made desserts, consider a food processor that includes a whipping disc. Unlike using an immersion blender, with a food processor you simply deposit the contents of cream into your bowl and walk away—you'll have perfectly made whipped cream each time! Not only that, a whipping disc can also be used for house made butters, which can really elevate your menu offerings in a simple, easy way.

Sort By:
Items per page: 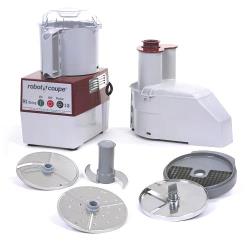 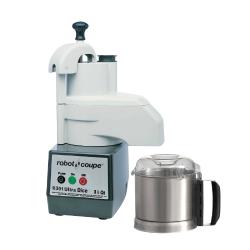 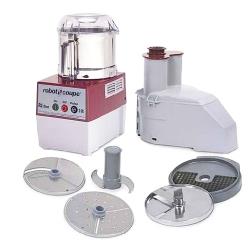 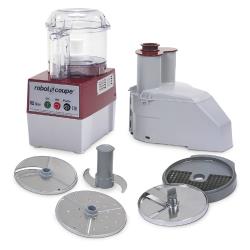 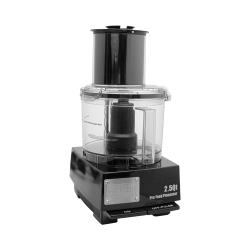 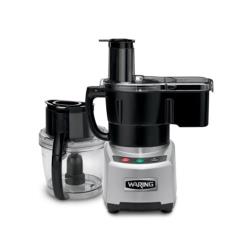 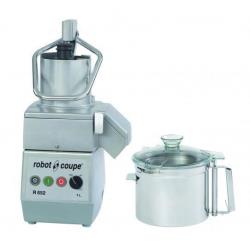 Sign up now to receive $15 OFF your next order!

Freshen Up Your Spring Cocktail Menu

Patios are opening, menus are being reinvented, and we’re all beyond ready to get out of the house and celebrate the coming of summer with friends. It’s official! Spring is in...
Read More